Here is What the SBA Considers A Small Business in America 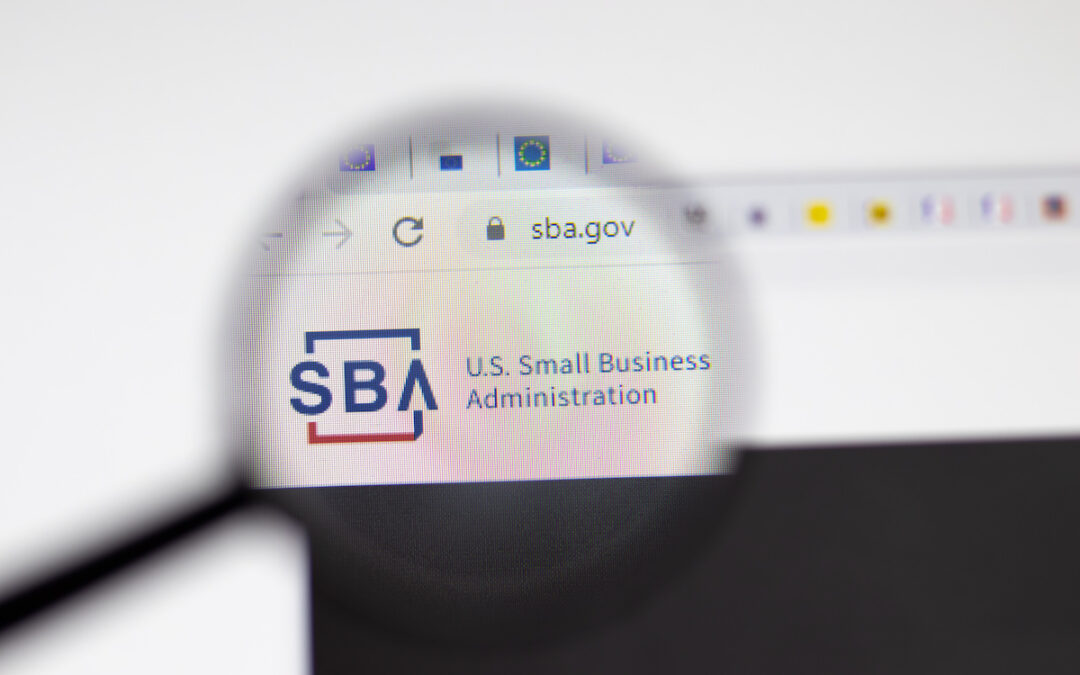 What Is the Small Business Administration?

The United States government set up the Small Company Administration (SBA) as an independent United States government agency that was founded in 1953 with the mission of bolstering and promoting the economy in general by giving help to small business owners. One of the most important duties of the Small Business Administration is providing advice to people attempting to establish or expand their enterprises.

The lending programs offered by the SBA are among the most noticeable services provided by the organization. Apart from disaster relief loans, the organization does not provide grants or direct loans; instead, it provides guarantees against default on commercial loans granted by banks and other formal lenders that comply with the agency’s requirements and are not subject to default. The most important function of these loan programs is to make loans with extended payback terms accessible to small enterprises, which is their primary purpose.

What Is the Definition of a Small Business?

The Small Business Administration defines a small firm as a privately held corporation, partnership, or sole proprietor with fewer workers and yearly income than a business corporation or regular-sized business. The concept of “small” differs from nation to nation and industry to industry in terms of being able to ask for government assistance and qualifying for favorable tax treatment.

The Importance of Small Business in America

A lot of attention is paid to large corporations, whereas small enterprises get less attention. Business reporters seem to primarily cover major corporations, whether it’s their profit and loss figures, their newest product, or an internal corporate crisis. Despite this, small firms account for 99 percent of all enterprises in the US (American National University). Small companies are the foundation of the US economy, and they are essential to its survival.

According to a study published by the SBA, approximately 44 percent of financial activity in the US is accounted for by small enterprises.

In the US, smaller firms account for two-thirds of all new employees and 43.5% of the country’s GDP.

Small firms not only contribute to the overall health of the economy but also set the standard for innovation. Compared to major patenting corporations, small enterprises generate 16 times the number of new patents per employee. Small technology companies hold a significant proportion of these patents with fewer than five workers.

On top of that, in a manner that the employment base of major organizations do not, small businesses better represent the variety of the United States’ population than do large corporations.

Small firms do not get the same level of government backing as huge enterprises, even though they provide an overwhelming amount of advantages to the economy.

There are no tax incentives available to small firms in the same way that huge enterprises obtain them. Aside from that, small firms do not get the same municipal and governmental incentives as larger corporations for things like manufacturing facilities or research and development.

Large corporations can get government bailout funds during times of financial instability, but this is an option that is not accessible to small enterprises. Small companies have a number of challenges, yet they continue to prosper against the odds.

They play a major role in the local economy by providing employment, purchasing locally produced goods, paying sales and property taxes, and using local vendors and supporting services, among other things.

In fact, according to recent research, for every $1 spent at a small company, 68 cents is returned to the local economy. When compared to the 46 percent that comes back from giant corporations, this is a significant difference.

Several polls have shown that people have greater faith in small local companies than in huge corporate entities (such as corporations). In the world of business, small enterprises don’t receive much attention. CEOs of significant corporations often appear on the covers of publications.

Large corporations frequently consume business news in conjunction with their financial data. However, small enterprises are the embodiment of what keeps America running. Small companies are the superheroes of the United States economy, and they deserve to be recognized.

Why Do We Need Small Businesses?

Small businesses give chances for entrepreneurs, employment for neighbors, and locations for people to congregate in their neighborhoods. They are deeply rooted in the environment they develop, and they return energy and nutrition to it. However, even if owning and operating a small business entails taking larger risks than working for a huge corporation, the advantages are quantitative and qualitative, including widespread wealth and an intricate network of mutually beneficial connections.

It is crucial for small businesses to exist because they give chances for entrepreneurs and generate meaningful employment that provides higher levels of work satisfaction than positions in bigger, more conventional corporations. They help strengthen local economies by retaining money in the local community and helping neighborhoods and communities as a whole.

Although small-business ownership is an established and conventional manner of making a livelihood, it defies the current trend of huge corporations combining, gaining economies of scale, and spreading uniformity across their operations.

It is virtually impossible to distinguish between a chain restaurant in the Midwest and a similar restaurant on the East or West coasts. A pharmacy with locations all over the country will reflect similar values no matter how many locations it has, regardless of whether it focuses on the convenient delivery of pharmaceuticals or the processing and distribution of processed convenience foods.

Independently owned restaurants and pharmacies reflect the culture and requirements of the communities in which they are located. Small eateries provide regional delicacies, and local pharmacies may sell items ranging from jigsaw puzzles to t-shirts from local Little League teams to enhance their prescription inventory.

Small firms are responsible for creating two out of every three new net private-sector employees. After deducting those jobs that have been terminated, this statistic represents the number of new jobs generated. Because of the Great Recession, this tendency has been quite stable over the last 25 years, and it has persisted since that time.

The employment created by small firms not only accounts for a large portion of new job creation, but the positions they produce also result in high levels of work satisfaction.

Having a direct relationship with your boss makes it much easier to take pride in your work and to feel as if your contributions are making a real difference than when your company is owned by millions of shareholders who live all over the world and the business is run by executives in a faraway city, as is the case with most large corporations.

Local Economies Rely on Them as Essential Components.

Small enterprises are essential components of local economies, contributing to developing webs of financial interdependence that promote widespread prosperity. Every time you purchase from a privately owned local shop, that money is used to pay a worker in your community, who in turn is likely to spend money at another locally owned company in your neighborhood.

The greater the extent to which small firms use their potential to help one another, the greater their ability to contribute to the development of a vibrant local business community.

Having this mutual support is also beneficial in difficult times. Suppose a local company is experiencing financial difficulties. In that case, people of the community may band together to assist the struggling firm in regaining its footing via crowd-funding campaigns or old-fashioned word-of-mouth appeals. To think that a huge organization could generate this much enthusiasm and support is impossible to comprehend.

What Are the 4 Types of Small Business?

America loves small businesses. A 2010 Pew Research Center survey established that people thought of them more positively than churches, universities, and IT companies. The ability to start a business has long been an essential part of the American Dream.

Consequently, governors, mayors, and presidential candidates are eager to assist small businesses. But what does “small” imply, and why does it matter? This is when we become sidetracked.

It is clear that startups, not small businesses, create all new jobs. That’s partly accurate but also misleading. It may be detrimental to focus on re-creating Silicon Valley.

Sure, the local dry cleaner won’t add many more employees next year. However, main street businesses employ up to 57 million Americans, and their rules differ from startups’. Politicians who really wish to help small businesses must acknowledge that they are not all the same. Each type contributes to job creation and the health of the American economy.

There are 28 million “small businesses” in America, defined as organizations with fewer than 500 employees.

(These parts are not mutually exclusive. They are supposed to represent various policy-relevant businesses.)

Most of these Sole Proprietor micro-businesses have no employees. From marketing professionals and IT experts to carpenters and plumbers, around 23 million enterprises are sole proprietorships. With increased geographic freedom enabled by technology and an increasing number of baby boomers trying to establish their own enterprises, a new study reveals that sole proprietorships are generating record profit margins. They make money for their owners but do not create employment.

The second-largest group of small businesses is comprised of “Main Street entrepreneurs.” These are the dry cleaners, eateries, auto repair businesses, and corner stores that make up our daily lives. They number approximately 4 million and employ a significant segment of the workforce. Many of these businesses exist to support a family rather than to expand. These businesses, which open and close often, are crucial to America’s middle class.

One million small businesses are projected to be active in commercial and government supply networks (referred to as suppliers). These firms are frequently more managerially skilled than Main Street firms and often focused on local or international development.

In Miamisburg, Ohio, companies like Hooven-Dayton make labels like Tide and Mr. Clean. A solid network of small suppliers is crucial to major US companies’ long-term competitiveness and those considering bringing production back home.

For example, in 2010, a research and supply park in Prince George, in the state of Virginia, was built to support Rolls Royce manufacturing. Cheap logistical expenses, rapid problem resolution, and easy cooperative invention are factors they offer.

Treating all small businesses the same may lead to deceptive statements and policies. For example, a high-tech enterprise, a “mom and pop,” and Main Street business need distinct finance. In the latter case, a patient equity investor such as an angel or venture capitalist may be required. Redeveloping downtown promotes Main Street businesses while creating an innovative environment around a university favors high-growth startups. (In a future article, we will explain how the best policy approach for assisting small businesses varies depending on their needs.)

When policymakers realize that startups provide the bulk of new jobs, they may be tempted to focus only on those high-growth firms. That’s a mistake. The importance of each small business cannot be overstated.

Though underappreciated, suppliers are an important part of this equation since they supply high-wage jobs in both manufacturing and services. And both large enterprises and fast-growing startups rely on a robust supplier cluster.

Sole proprietorships and Main Street businesses may provide an essential path to economic mobility. Main Street employs a large number of people while not creating many net new jobs. Restaurants, businesses, and storefronts establish and reflect a neighborhood’s identity and values.

Each kind of small business is important. Remember that what helps one group may not benefit another in the same way. Small businesses are important in fueling an innovative and competitive economy and promoting social mobility, but not treating them all the same is important.